The past few years, I’ve been compiling my top 10 travel destinations for the year ahead using a random generator instead of adopting to the usual formula of picking places that are celebrating important anniversaries, hosting major events or are places that the writer is sucking up to in order to score a press trip or maybe as a thank you for a previous trip. Instead, seeing that OpenAI’s ChatGPT is the hotness this year, I asked it to write a top 10 list for me. Here it is, completely unedited:

The Salar de Uyuni in Bolivia

This vast salt flat is a sight to behold and is perfect for those looking for a unique travel destination. Not only is it one of the world’s largest salt flats, but it’s also home to various species of flamingos, making it a popular spot for birdwatchers.

Located between Norway and Iceland, the Faroe Islands are known for their rugged beauty and wildlife. In 2023, travellers can experience the annual Grindadrap, a traditional whale hunt that takes place on the islands.

The Canadian Rocky Mountains are a must-visit for nature lovers. In 2023, travellers can take a scenic train ride on the Rocky Mountaineer, which offers stunning views of the mountains, forests, and rivers.

The Galapagos Islands are a popular destination for wildlife enthusiasts, and in 2023, travellers can witness the hatching of the giant tortoises. These massive reptiles are an impressive sight to behold and are one of the main attractions on the islands.

The Great Wall of China

The Great Wall of China is one of the most iconic structures in the world, and in 2023, travellers can explore its length and discover its hidden treasures. From the breathtaking views to the fascinating history, the Great Wall is a destination that should be on everyone’s bucket list.

The Republic of Vanuatu 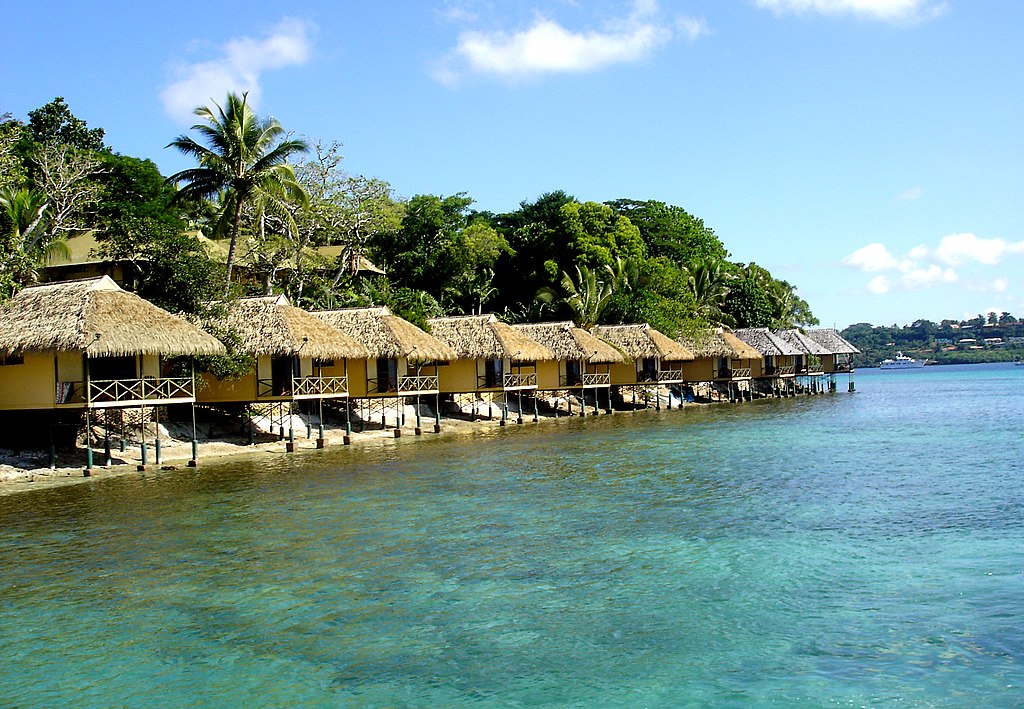 Located in the South Pacific, this archipelago nation offers a unique blend of Melanesian and Polynesian cultures, pristine beaches, and adventure activities such as volcano hiking and scuba diving.

Nestled in the Himalayas, Bhutan is a landlocked country known for its emphasis on happiness and sustainability. Visitors can explore the ancient monasteries, trek through the mountains, and experience the unique culture and traditions.

A group of nine islands located in the North Atlantic, the Azores offer a unique blend of Portuguese culture and stunning natural beauty. Visitors can go whale watching, hiking, and exploring the crater lakes and volcanic caves.

It’s the time of year that travel brands and media push out their annual lists of the best places to travel to in the coming 12 months. I figured I should get in on that action, but instead of pretending my list is a carefully considered collection of destinations that was curated using some dubious methodology that purports to have some kind of editorial objectiveness, my list is completely random.

Why random? I figure that just about every nation on Earth has some redeeming quality that makes it worth visiting so why not just put the names in a hat and pick the first 10 that come up? Here are the ones I came up with:

Only inhabited since the late 19th century, the Australian territory of Christmas Island remains a nature-lover’s paradise. Many visitors come to see the island’s abountiful wildlife, much of it endemic, like the Christmas Island red crab which undertakes an annual migration that is one of Mother Nature’s most colorful events. With more than 63 per cent of the island being a national park, nature is never far away on Christmas Island.

Since the end of the Croatian War of Independence in 1995, tourism has become one of this Balkan nation’s most important industries. With endless kilometres of pristine beaches and scenic coastline along the Adriatic Sea, it’s easy to see why Croatia has become one of the world’s most popular tourist destinations. It’s relative affordability compared to other Mediterranean nations has only helped to fuel that popularity.

Many visitors to the Netherlands never go beyond Amsterdam, but with  world-class museums like the Rijksmuseum, the Anne Frank Museum and the Van Gogh Museum, not to mention its famed canals, bicycle culture and charming cafés, it’s no wonder they don’t want to leave its streets.  But those who explore beyond the big city and head out into the Dutch countryside will be charmed by the country’s small towns and bucolic scenery.

Enjoy holidays in an urban setting? You can’t go wrong by spending it in a buzzing metropolis like Buenos Aires. If you prefer wide-open spaces, then the mountains and glaciers of Patagonia will dazzle you and if that wasn’t enough, the South American nation boasts a plethora of natural wonders to make your jaw drop, like Iguazu Falls. It wouldn’t be a stretch to say that there are few nations on Earth that boast the diversity of landscapes that Argentina has.

If you’ve got lots of money, Jersey makes a nice offshore tax haven, but if it’s just a holiday you’re after, then it still makes a nice haven. The largest of the Channel Islands may be closer to France than England, but culturally, these islands remain very much British. One of the best times of year to visit is August during the Battle of Flowers, an annual festival that is celebrated with a colourful parade and fantastic fireworks.

The A of the ABC Islands in the southern Caribbean belongs to Aruba. This tiny tropical island of a little more than 100,000 residents is part of the Kingdom of the Netherlands and is actually considered to be part of South America. Its semi-arid climate ensures visitors reliably sunny and warm weather year-round, making it a favourite with winter-weary visitors who come to play on its sheltered beaches.

If New York is the city that never sleeps, Hong Kong is the city that never stops moving. This dynamic destination is one of the world’s great metropolises and defies any visitor to say he or she was bored during their stay. Get lost in its skyscraper canyons and discover your own favourite pocket of what could be the greatest place to visit in China and, perhaps, the world.

The Silk Road is attracting renewed interest from travellers who had been denied access to this fabulously exotic region for the many years that it was under Soviet control. One of the most exciting spots along the historic route that once linked Europe to Asia is the arid land of Uzbekistan. Its marvelous mosques and awe-inspiring scenery are worth the effort it still takes to get there.

After the Velvet Divorce of Czechoslovakia, Slovakia endured some hard economic times, but it has since rebounded and visitors are going there to learn about its history and culture and to marvel at its lush landscapes and exciting cities. Bratislava may not be as famous as Prague, but it has pleasures of its own that make it worth a visit.

The wonder of Petra, the pleasures of the Dead Sea, the beaches of the Red Sea and the solitude of Wadi Rum are among the top attractions of Jordan, one of the most stable and safe nations in the Middle East. Come to see why Arabs are among the most hospitable people in the world.

Would I visit any of the places on the list? Of course! I wouldn’t hesitate to go to any of them and Uzbekistan is currently on the top of my Bucket List so even if this wasn’t a random list, I’d probably put it there if I was putting any thought to my selections.

Looking back at the choices, I suppose you could say this list might be a bit too Euro-centric and lack any destinations from North America or Africa, but I think it’s every bit as relevant as any of the other lists you’ll find out there.

Don’t like my choices? Generate your own random list at https://www.randomlists.com/random-country?qty=10&dup=false and see if you can find travel inspiration for your own adventures in 2019.

Tonight we played the analog version of Root for t

My top 9 from this year probably explains a bit wh

For our last board gaming night of the year, I cho

Merry Christmas to all. May your holidays be sweet